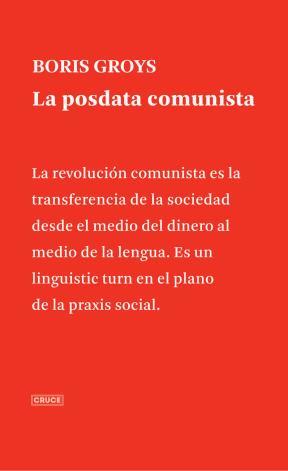 
The Soviet aggression in Hungary marked the obstinate re-emergence of Stalinism in Soviet policy, and undid much of the good work towards easing international tension that had been done in the preceding three years. By supporting this aggression the leaders of the British Party proved themselves unrepentant Stalinists, hostile in the main to the process of democratisation in Eastern Europe.

They must be fought as such.

They did what he told them and they were dependent on him. To what extent is an open secret inside the Party. The famous programme The British Road to Socialism , for example, issued in February without the rank and file being given a chance to amend it contained two key passages, on the future of the British Empire and of the British Parliament, which were inserted by the hand of one Joseph Stalin himself, who refused to let them be altered.

These men remain Stalinists. But Stalinism has been revealed, both in theory and practice, as a monstrous perversion of Marxism. Leaders who still believe in it and still practise it cannot be trusted to go on leading, and cannot protect themselves from exposure by an appeal to the Communist principles they have grossly betrayed.


And to protect the power and privileges of this Communist aristocracy, the AVH — and behind them the ultimate sanction, the tanks of the Soviet Army. Against this disgusting caricature of Socialism our British Stalinists would not, could not, dared not protest; nor do they now spare a word of comfort or solidarity or pity for the gallant people who rose at last to wipe out the infamy, who stretched out their yearning hands for freedom, and who paid such a heavy price.

Hungary was Stalinism incarnate. Here in one small, tormented country was the picture, complete in every detail: the abandonment of humanism, the attachment of primary importance not to living, breathing, suffering, hoping human beings but to machines, targets, statistics, tractors, steel mills, plan fulfilment figures Struck dumb by Stalinism, we ourselves grotesquely distorted the fine Socialist principle of international solidarity by making any criticism of present injustices or inhumanitites in a Communist-led country taboo.

Stalinism crippled us by castrating our moral passion, blinding us to the wrongs done to men if those wrongs were done in the name of Communism. We Communists have been indignant about the wrongs done by imperialism: those wrongs are many and vile; but our one-sided indignation has somehow not rung true. It has left a sour taste in the mouth of the British worker, who is quick to detect and condemn hypocrisy.


Stalinism is Marxism with the heart cut out, de-humanised, dried, frozen, petrified, rigid, barren. It is preoccupied with abstract power, with strategy and tactics, not with the dictates of conscience and common humanity. The whole future of the world Communist movement depends on putting an end to Stalinism.

The Communist Postscript by Boris Groys

The whole future of the British Communist Party depends on a return to Socialist principles. What is important, and what must be stopped without delay, is their dragging Socialism in the mud. The writing is on the wall for them. Once too often they have lost an opportunity to speak out in ringing words against oppression. This time their shame is so obvious that anyone who has not retired into a fantasy world can recognise it. For many Communists this tragic betrayal by their leaders has brought a poignant personal dilemma, and they have resolved it by leaving the Party.

Their decision is regrettable, for it strengthens the Stalinist hard core at a moment when the chance of removing them has never been so strong. The British Communist Party will be able to hold up its head before the British people only when it has settled accounts with the dark heritage of Stalinism which still fetters it, which makes its leaders walk by on the other side while Hungary lies bleeding.

Then we shall witness the flourishing of a real Communist Party, dedicated to the principles of Socialist humanism.

At the same time, today's political and aesthetic strategies - from a unified Europe to political Islam and contemporary mass culture - all bear the imprint of communist heritage. The renowned art critic and philosopher Boris Groys explores this post-communist condition through a radical and disturbing account of Soviet philosophy. He argues that communist revolution is the transcription of society from the medium of money to the medium of language - a linguistic turn at the level of social praxis. From Plato's philosopher-king onwards, philosophers have dreamt of ruling society through the mastery of language.

The Communist Postscript by Boris Groys

Groys claims that the end of Soviet communism sets this dream free for new attempts to organize society through language, the medium of equality. Product details Format Hardback pages Dimensions x x Other books in this series. The Communist Hypothesis Alain Badiou. Add to basket.

By the same author(s)

Philosophy for Militants Alain Badiou. The Communist Postscript Boris Groys. Review quote "A timely intervention in present debates about the legacy of communism Rating details. Book ratings by Goodreads. Goodreads is the world's largest site for readers with over 50 million reviews.

We're featuring millions of their reader ratings on our book pages to help you find your new favourite book.